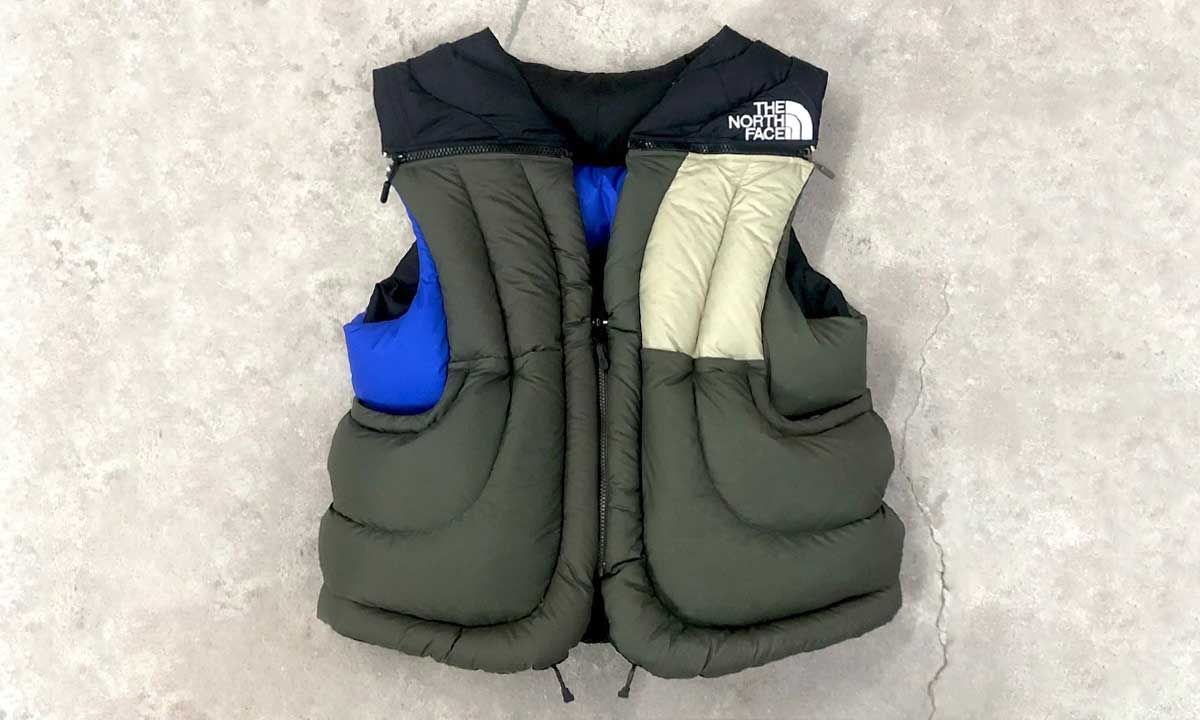 Editor’s Notes: It’s good when a large company makes good use of its coffers and boosts the scope of a young creative. Fashion designer Wytze de Jong, fresh out of the Amsterdam Fashion Institute and a RBURN internship, got such a boost from The North Face, and it made very good use of the co-signing.

As part of TNF’s Renewed Project, de Jong had the opportunity to create a custom North Face piece using recycled materials (the program also reunited him with mentor Christopher Raeburn). Its resulting design, a transformable quilted vest, is a testament to de Jong’s ingenuity in model making.

When fully zipped, de Jong’s waistcoat is already a sight to behold. It has puffy seams and lines that both flow anatomically and gently deform the body. de Jong took specific inspiration from The North Face’s iconic Half Dome logo for these ribbed panels, which makes even more sense once the various clothing panels are opened.

When deployed in a fully detached form, de Jong’s vest becomes a work of art ready to be assembled. The Half Dome inspiration creates an insanely cool collage of curves, complemented by color blocking that turns heads.

De Jong’s niche is in experimental a fashion built on forms modeled in 3D and shaped by technical fabrics. It doesn’t have an eponymous label yet, but if this pretty The North Face vest is any indication, it has a bright future.

Naturally, this unique garment will never be for sale – but if you ever decide to offload it, WYTZE let us know! – but maybe it could lead to bigger things between WYTZE and TNF in the future.