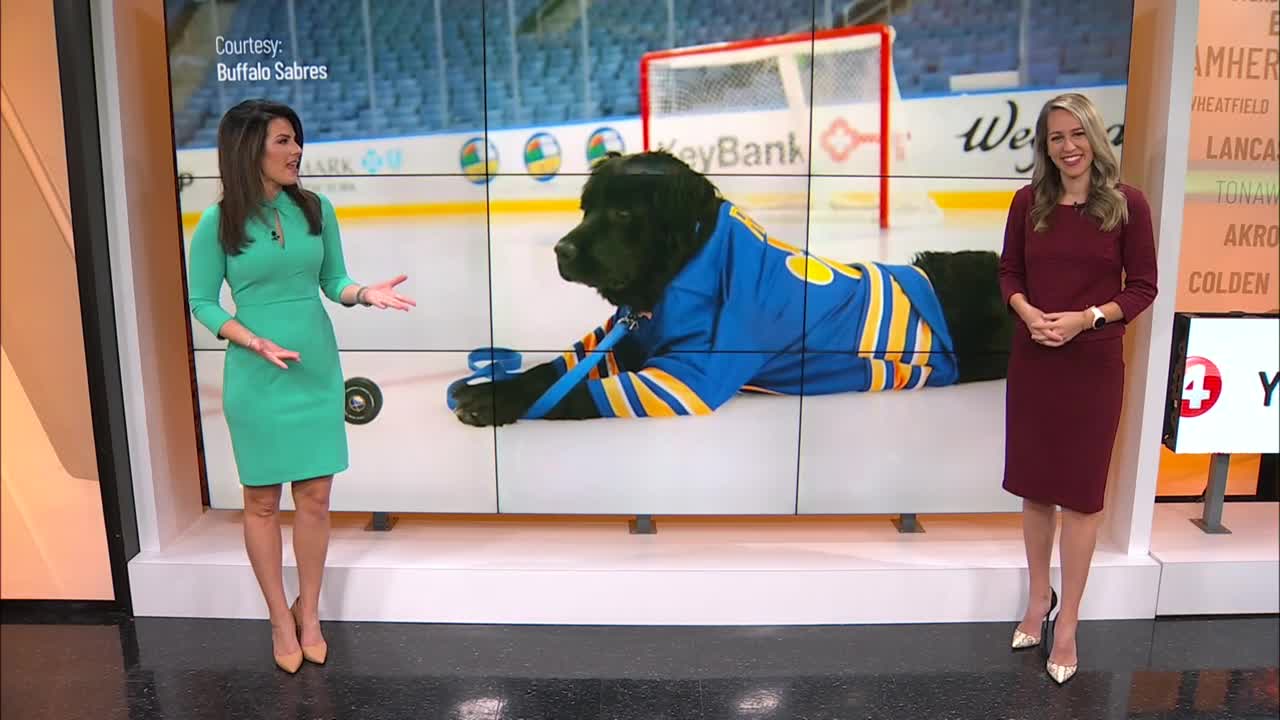 BUFFALO, NY (WIVB) – The highlight of the Buffalo Sabers season so far is Rick, the team’s new dog – and you can now pick up his jersey, just in time for the holidays.

The team released “Rick” jerseys with a paw print on the back, available at the Sabers store in youth and adult sizes. A link to buy online is not yet available.

WATCH: Rick the Saber Hound joins us for Wake Up!

We are told that these jerseys are currently sold only in human cut, but the team intends to sell Rick cut jerseys for dogs in the future.

Rick is a service dog in training who is housed at the Niagara County Correctional Facility. At the end of the season, he will be paired with a veteran on the service dog waiting list.

Rick is a nine month old Newfoundlander rescued by the Niagara County SPCA and named after legendary broadcaster Rick Jeanneret.

Nick Veronica is a Buffalo native who joined the News 4 team as a digital executive producer in 2021. He previously worked at NBC Sports and The Buffalo News. You can follow Nick on Facebook and Twitter and find out more of his work here.