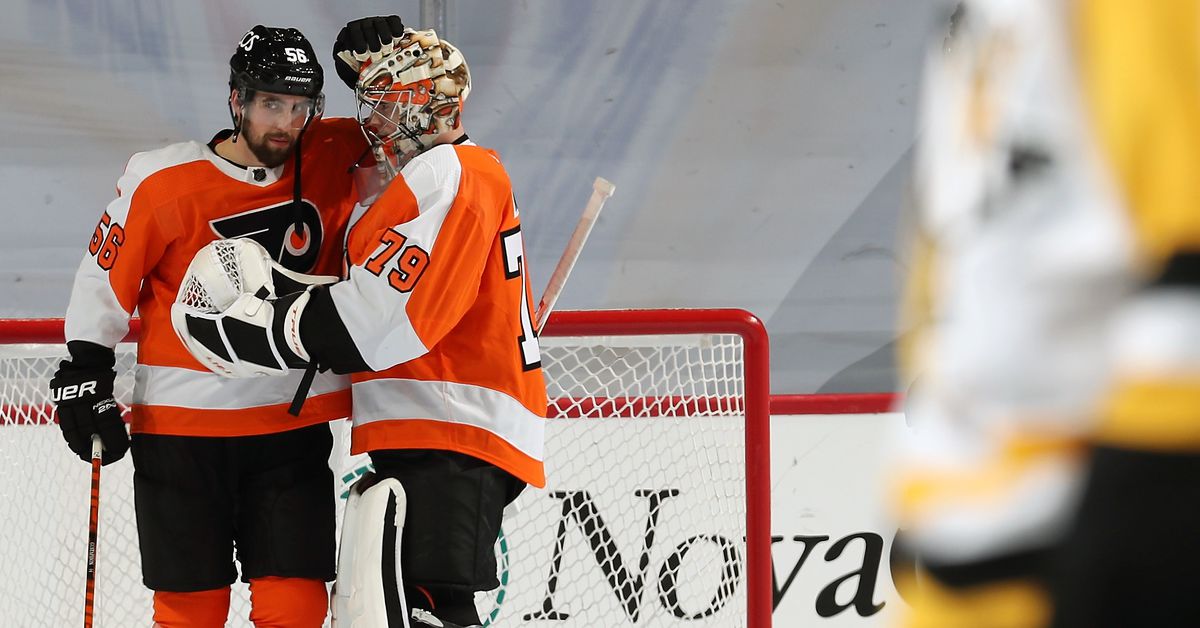 So we all agree that no sporting event took place in Philadelphia last night, right? Right. Anyone, on the links.

* Ryan Pulock played the hero role for the Islanders in one of the craziest moments of the playoffs, given the circumstances of the game and the series. (Sportsnet)

* So you want to repair the Flyers. What’s the first step? (BSH)

* Is the OEL part of this solution? Oliver Ekman-Larsson has his critics, but he’s another defenseman to watch as the Flyers’ quest to replace Matt Niskanen continues. (Philly Hockey now)

* Maybe Dougie Hamilton isn’t the Flyers’ primary target, but that doesn’t mean he isn’t a target. Its impact would be enormous. Charlie breaks everything down. (Athleticism)

* Two weeks ago, the Trois-Rivières Lions unveiled their gorgeous logo, sparking a conversation about the best hockey logos outside of the NHL. (Hockey news)

* I’m sure a lot of us don’t want to think about how Sean Couturier is set to become an unrestricted free agent at the end of next season. There is always additional fuel in a contract year. (NBC Sports Philly)

* Advertisements on the swimsuits? They may be on their way. Eek. (Athleticism)

* Our scoreboard continues with the Finnish center Aatu Räty. We are getting closer and closer to the territory of the Flyers. That is, if they really keep their choice. (BSH)

* Finally, Robin Lehner was very important to the Golden Knights in their series victory last night. Of course, not without reading all of your nasty tweets first. (ESPN)