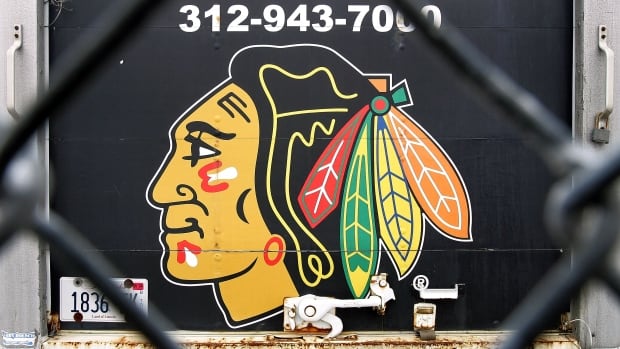 Almost three years after the Ontario Human Rights Commission called on the city of Mississauga to remove all Indigenous images related to non-Indigenous teams from its sports facilities, some officials wonder why the Mississauga Blackhawks still use a name and an indigenous logo.

Although the Greater Toronto Hockey League (GTHL) claims the team is in the process of changing its name, some people don’t understand why it is taking so long.

“What is the reason behind this? To educate? To make reconciliation? Asked Stacey Laforme, Chief of The Credit Mississaugas First Nation.

Almost three years ago, the Ontario Human Rights Commission (OHRC) asked the city to remove all Indigenous imagery related to non-Indigenous teams from facilities like the rinks – and amid growing calls for it to be n action around truth and reconciliation and cultural appropriation, other Ontario teams have made changes to their names and logos.

Laforme says the delay here is not only of concern to members of the Indigenous community, but also unfair to the children who wear these sweaters.

“Now you have a young man who wears a symbol that he doesn’t know, and people might blame him for wearing that symbol,” he said.

City of Mississauga says its policy – which was developed to meet the requirements of a settlement reached by the OHRC – will not allow the display of Indigenous images at city sports facilities that are linked to sports organizations non-native. The regulations addressed the harmful effects of stereotypes on Aboriginal youth.

However, “non-Native teams and members of the general public who display Native images on their designated team uniforms and personal effects, including the Mississauga Blackhawks, are outside the jurisdiction of the city,” said a spokesperson for the city.

Likewise, the City of Toronto has said that starting October 18, a statement prohibiting the display of Indigenous-themed images or names for non-Indigenous sports organizations and teams will be added to the terms and conditions of its license to operate. use of facilities.

CBC News has reached out to the Mississauga Blackhawks for an interview, but its president declined to comment.

When asked about the organization’s name and logo, GTHL executive director Scott Oakman referred to a policy developed in 2016 in collaboration with leaders and Indigenous groups.

“We established a policy prohibiting the use of specific names and logos unless the name has the endorsement of the Indigenous community it represented,” Oakman said.

“Our policy excludes the use of NHL team names and logos on the grounds that these NHL teams have a working relationship with the Indigenous community in the city they represent,” he added. , noting that the jerseys and merchandise have already been purchased for the coming season.

But Oakman said the Mississauga Blackhawks want to do the right thing.

Christina Ruddy is the Director of Operations, Engagement and Policy at Indigenous Sport and Wellness Ontario, a provincially funded organization that aims “to develop and provide opportunities for participation in sport and cultural activities that promote good. -being and positive lifestyles for indigenous peoples, ”according to his website.

Ruddy says that when she heard about the Mississauga Blackhawks organization, she felt disappointment and disgust.

“I find this offensive, personally,” she said.

She commended the GTHA for bringing Indigenous voices to these discussions in the past, but also said she wanted to see the organization’s name and logo change imminently as it harms Indigenous children.

“It’s discriminatory, it’s racist and it perpetuates stereotypes that we no longer have any interest in living.”

Knowing that there will likely still be games where the kids wear the jersey before the changes take place, she questions the motive behind the whole decision.

“Why wouldn’t a sports team want a logo that they can be proud of, that they can relate to? It’s not up to them to own it; it’s appropriate,” she said.

Laforme says that even after the sweaters are replaced, there is still work to be done.

“Racism doesn’t go away because you take a symbol away,” he said.

“You need education, relationship building, understanding and it takes time to work.”