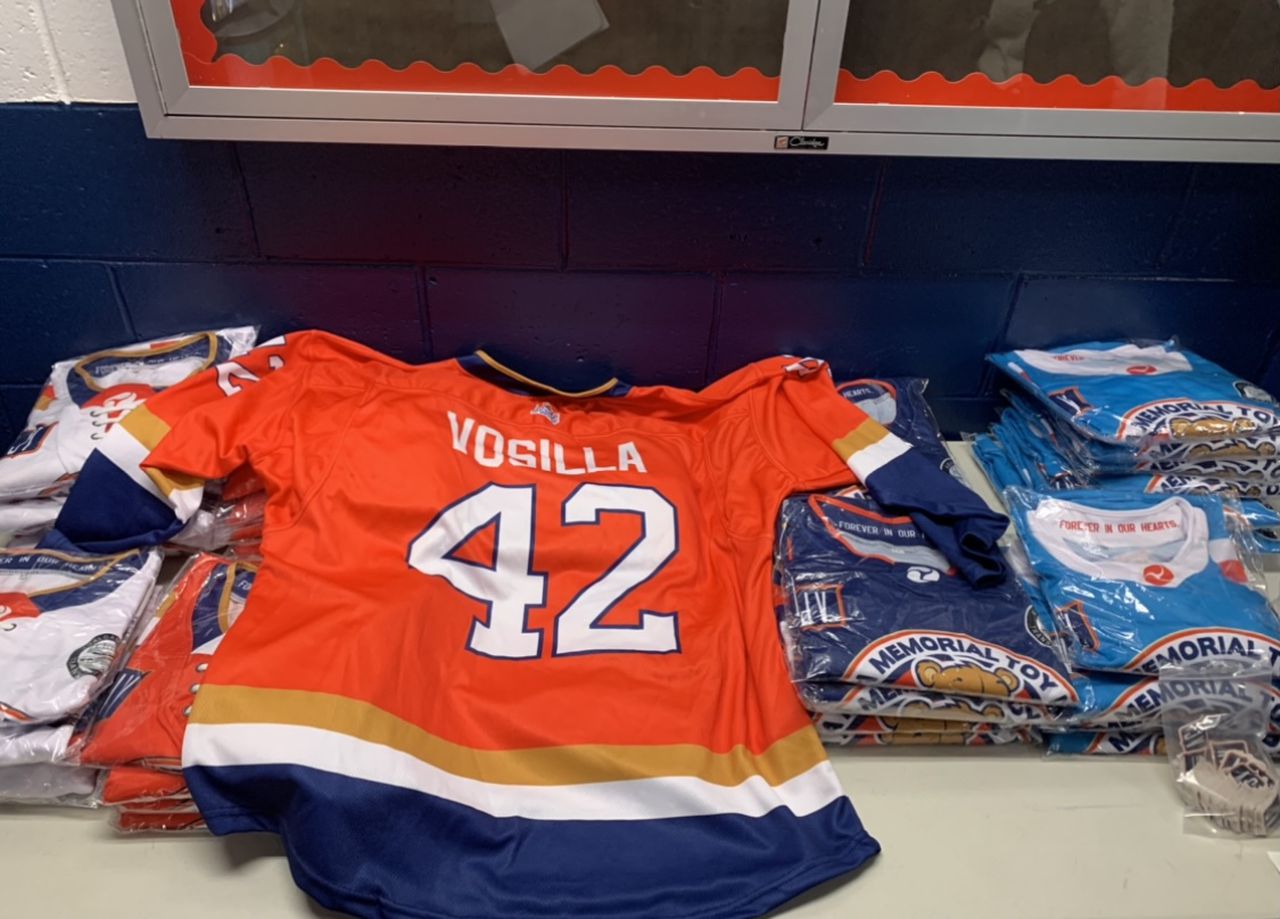 Friends, family, hockey players and everyone gathered at the Staten Island Skating Lodge on Saturday night for the third annual John Vosilla Memorial Toy Drive. The event collects hundreds of toys each year for children’s hospitals and nonprofits, while commemorating the late Vosilla, who pitched the idea in his garage a few years ago.

In addition to the toy collection, a four-team hockey tournament is played in his memory, featuring one of the coaches, athletes or friends who have crossed paths with Vosilla over the years through their mutual love of the hockey. Personalized jerseys with the words “forever in our hearts” inked into the collar are sewn for the match, with each competitor bearing the Vosilla brand number 42.

Former hockey player, coach, special education teacher and principal of Arthur Kill Institution, Vosilla’s death in 2016 at the age of 32 touched many people and insisted on the need to resume his community efforts, said his best friend Anthony Faltico.

“We are trying to spread it and pick up its tradition where it left off,” Faltico said. “In 2019, we collected over 1,000 toys for the Garden of Dreams foundation. “

Faltico, who helped Vosilla with the original toy drives and ran the memorial, also adds that the event has since garnered a lot of interest as the Radio City Rockettes helped distribute the toys they collected. .

Scholarships on behalf of Vosilla were also set up at his alma mater Monsignor Farrell High School and his former job at PS 48.

“It’s definitely a beautiful tribute to someone who touched so many people,” continues Faltico. “John was my best man at my wedding, and it’s very hard to find anyone who has ever said bad things about him.”

The longtime best friend further notes that his two-year-old son John is also named in memory of Vosilla. Baby John is “like him,” parents Anthony and Paula Vosillo think.

” I thank him [Faltico] too bad for that. It’s a beautiful thing to see, ”says Vosillo’s father. “He coached everywhere and did a great job,” he recalls, turning to present the Vosillo tribute jacket made by St. Peter’s High School. “And he didn’t even go!” underlines the proud dad.

Faltico, Anthony and Paula Vosillo each expressed their gratitude to the Tirro family, owners of the Pavilion rink and very close to Vosillo.