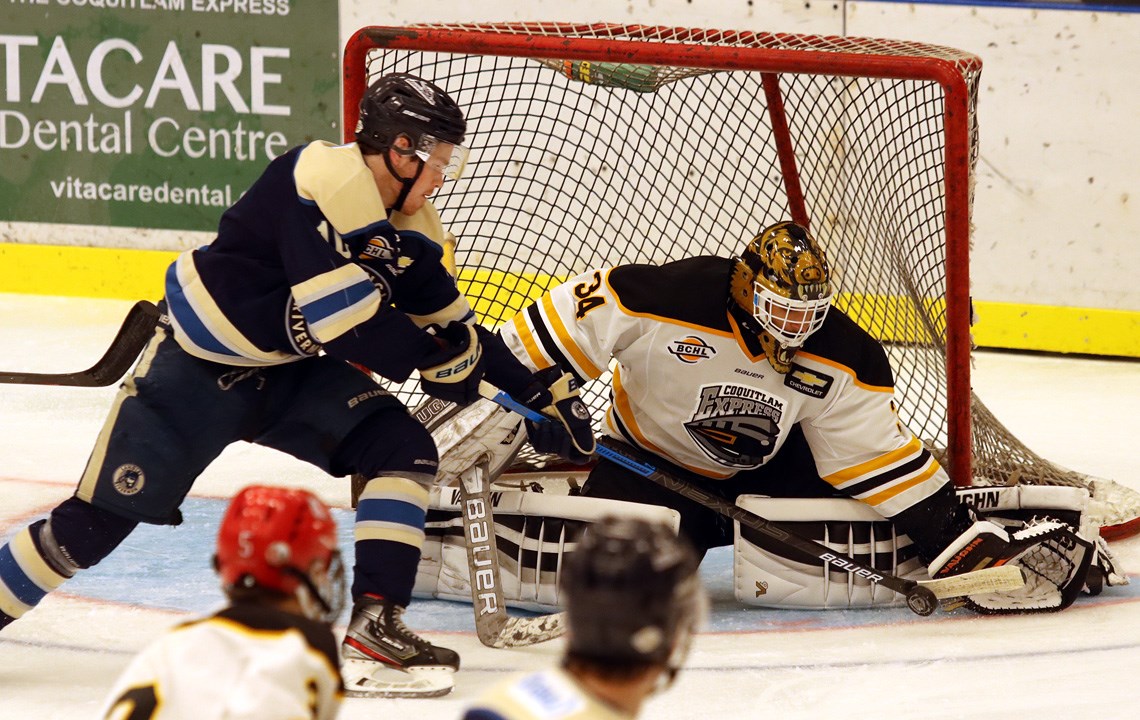 The Coquitlam Express will be wearing special jerseys for its November 10 game against the Langley Rivermen.

The Express players will wear special jerseys honoring Canada’s armed forces as part of its Salute to Service night for the team’s fourth game in 10 days against their divisional rivals the BC Hockey League from Langley.

In addition to jerseys that will feature the insignia of the armed services on the shoulders, as well as a poppy, maple leaves and background images of Canadian troops in action, the evening will include an award ceremony. pucks, performances by a piper and veterans of the Vancouver Navy. Music, as well as military vehicle exhibits and the Coquitlam Legion Color Party.

“Everyone in our locker room understands how lucky we are in Canada to play the sport we love and to live the life we ​​live because of those who fought for our freedoms,” said the CEO of the Express, Tali Campbell, in a statement.

After the game, the commemorative jerseys will be auctioned online and the proceeds will go to the Coquitlam Legion Poppy Fund.

L’Express lost 5-0 to the Rivermens on Sunday, the team’s fifth consecutive loss. The two teams will meet again tomorrow (Tuesday, November 2) in Langley and again on Friday in Coquitlam before next Wednesday’s special game.