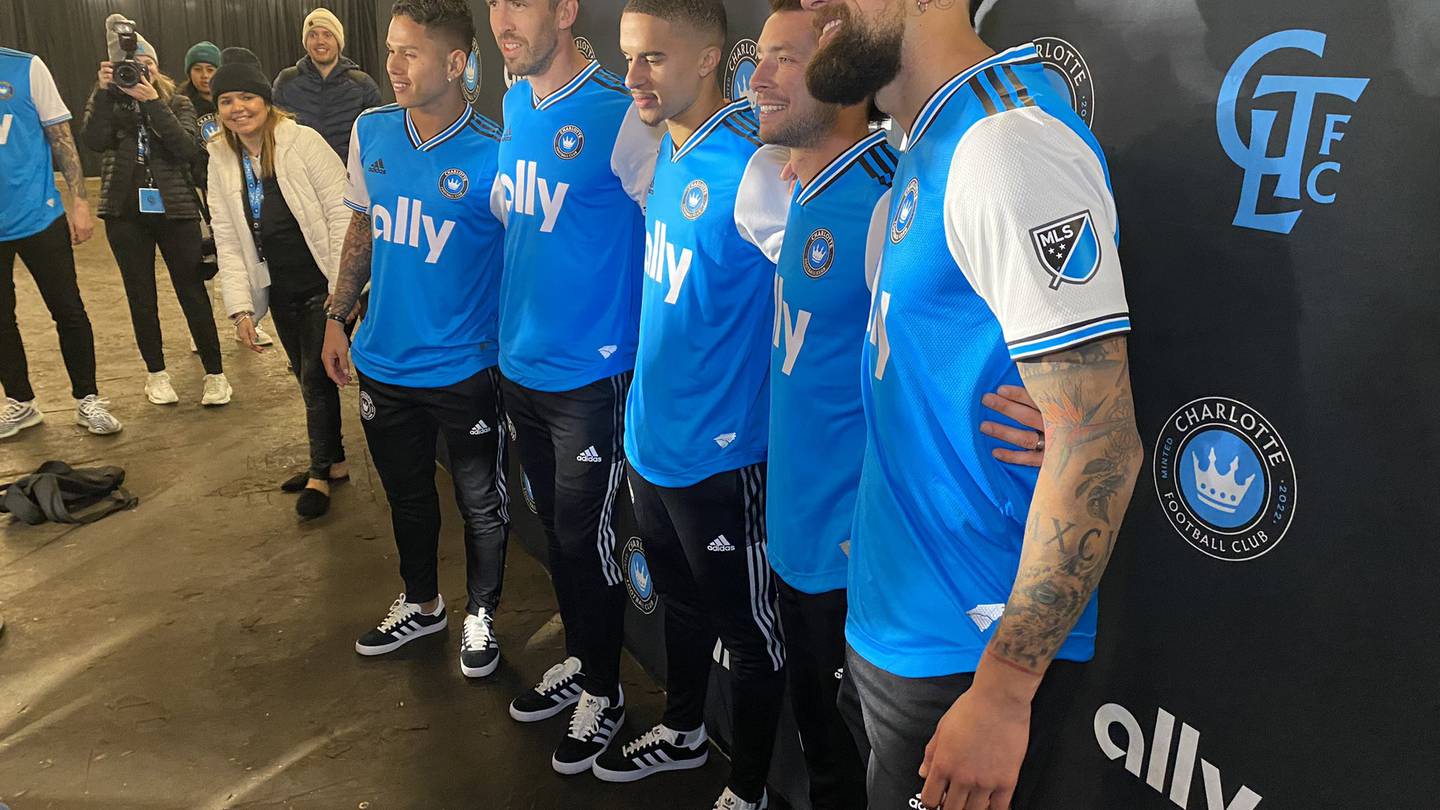 The “Caroline” outfit will be worn by Charlotte FC players for the 2022 and 2023 MLS seasons.

“It tells a story,” said Shawn McIntosh, fan chief. “And I hope everyone sees it. You watch this and it’s a unifier for us, and we’ve been about it from the very beginning.

Approximately 2,000 fans attended the event which was held in the Boileryard at Camp North End in Charlotte.

“I’m just glad there is a team locally that we can support,” said fan Patrick Aquino. “I live about an hour’s drive away in Lexington, so I’m driving down. But I’m definitely more prepared to go down more often now that Charlotte has a real football team.

The club, along with their partner Ally, also presented “The Ally Vault Experience,” a personalized experiential obstacle where fans sneak into the CLTFC locker room, venture through the laser security system and see the inaugural kit.

Charlotte FC’s home opener is on March 5, 2022 at Bank of America Stadium against LA Galaxy. Kick-off will be at 8 p.m. and broadcast details are expected to be announced in the coming weeks.

“It feels a lot more real now,” Aquino said. “We are getting closer to the first game.

The home opener will be Charlotte FC’s second game of the season, as the club’s first game on the opening weekend will be away. The official calendar will also be published in the coming weeks.

“As our fans look forward to Charlotte FC’s 2022 debut, the new main kit represents the Club’s bold and progressive philosophy and embodies the pride and passion of our community,” Charlotte FC President Nick Kelly said in A press release. “This kit symbolizes our mission to unite fans across the Carolinas as we make history for MLS and football in the United States.”

Higher level tickets are already on sale. Prices started at $ 15.

Charlotte FC will add five players to their roster this month with the 2021 MLS Extension Draft. The club will be able to choose players from the unprotected rosters of other MLS clubs, but will be limited to picking one player. by club.

The picks will be announced at 7 p.m. Tuesday, December 14 on WSOC-TV, WAXN and in Spanish on Telemundo Charlotte.